James has built strong foundations for a career in bricklaying

There’s not many apprentice bricklayers who get to cut to their teeth on million pound houses.

But that was the case for 18-year-old James, who, finding himself out of work just months before completion, was offered a lifeline from a local builder.

It just so happened that the team from Stephen Walker Brickwork Ltd were working on two bespoke new builds at Upsall Hall.

It proved just the leg-up that James needed who might otherwise have missed out on those important final months of training.

“It has been unbelievable,” he said. “I lost my old job and would have been stuck had it not been for Stephen.”

But one thing’s for sure, there’s no room for shoddy workmanship when you are building someone’s swanky new pad.

“It was a bit daunting,” he said. “With houses like that your work has to be pristine and there’s no room for errors.”

It certainly helped give him a masterclass in specialist techniques usually reserved for those with years of experience.

James, of Eston, said: “After nearly missing out I was a lot more determined to give it my all. While I could lay bricks before, Stephen really got me up to scratch, he showed me the ropes and got me out of any bad habits.”

It meant that the young bricklayer not only came away with his qualification but a host of new skills to boot.

Stephen said: “When I heard about James I thought it would be a shame for all that work to go to waste by missing out on those last few months, so we brought him in.”

Timing-wise he landed pretty lucky, after all, Stephen said: “It’s not often you would get to work on a development like this.”

With specialist detail in the brickwork, those lessons learnt will last a lifetime. Now James is going on to work as a self employed builder.

Stephen said: “He has his certificates to find work. He can make his millions.”

He added: “In this trade you never stop learning. Your apprenticeship is the start. I am 20 years on and I’m still learning.”

James’ apprenticeship was delivered in partnership with Redcar and Cleveland College. He said: “The College is class. I would go there once a week and I loved it. The teachers have a passion. I can’t thank them and Stephen enough.” 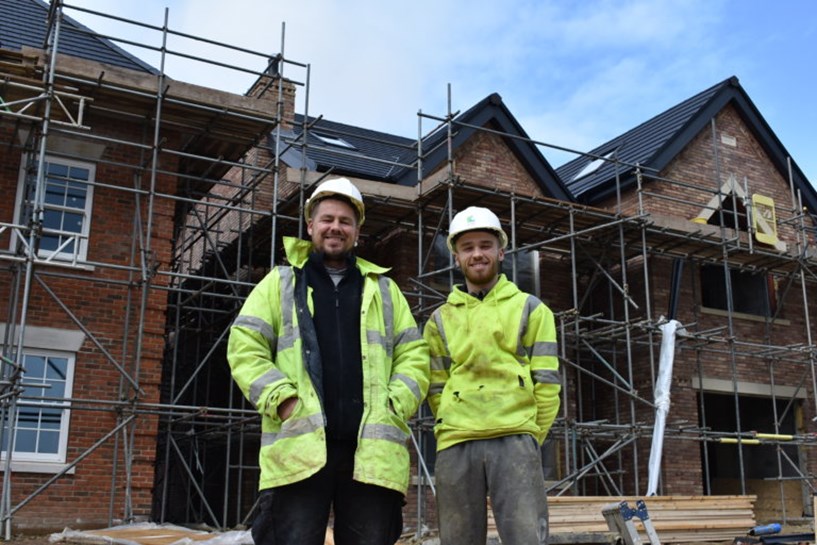