A historic Service of Remembrance returned to Redcar and Cleveland College today offering current students and the community the chance to remember those who lost their lives in conflict.

The annual event, hosted at the college, pays a special tribute to 103 “Old Boys” of the town’s former Sir William Turner’s School, lost during the First and Second World Wars.

After last year’s ceremony had to be held online due to the pandemic, historian and former head of history at Sir William Turner’s Sixth Form College, Peter Chester, said: “It was nice to see people back together.”

And, he added: “There was an appreciation from the current college students, who recognised the importance and seriousness of the ceremony, which is always encouraging to see.”

Now in its 99th year, the service offers the chance to share some of the details about the real people behind the names listed on the granite cross at the corner of the college grounds or a bronze memorial plaque inside the college.

Each name is also written on a small memorial cross and laid by students and members of the congregation alongside the wreaths during the ceremony.

Reading a memorial to one of the “Old Boys”, Redcar and Cleveland College’s policing student, Paige, 16, said: “It felt important to be involved in the ceremony and remember those that have fallen.”

Public services student, Samuel, 20, added: “I felt proud to be a part of the service.”

Representing the Redcar branch of The Royal British Legion, which this year reached its own 100th anniversary, was branch President Alan Frankland and Chairman Eric Howden BEM.

Eric said: “It is absolutely brilliant that we are returning to some form of normality. The public have been so responsive, these last two weeks, everywhere we have gone there has been some form of thank you.  We are proud to be back.” 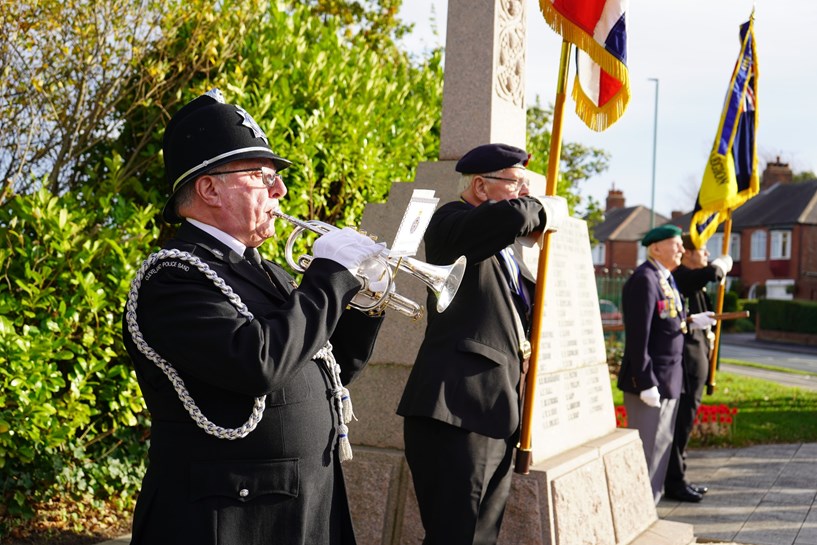 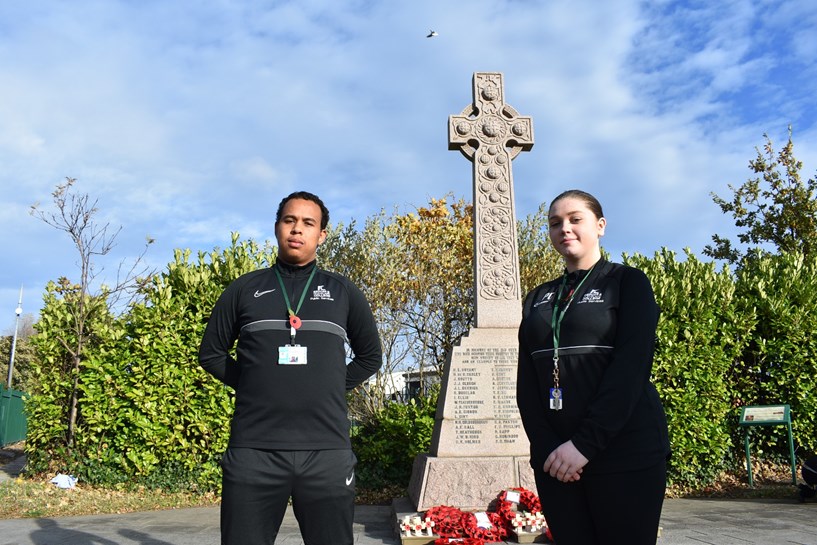 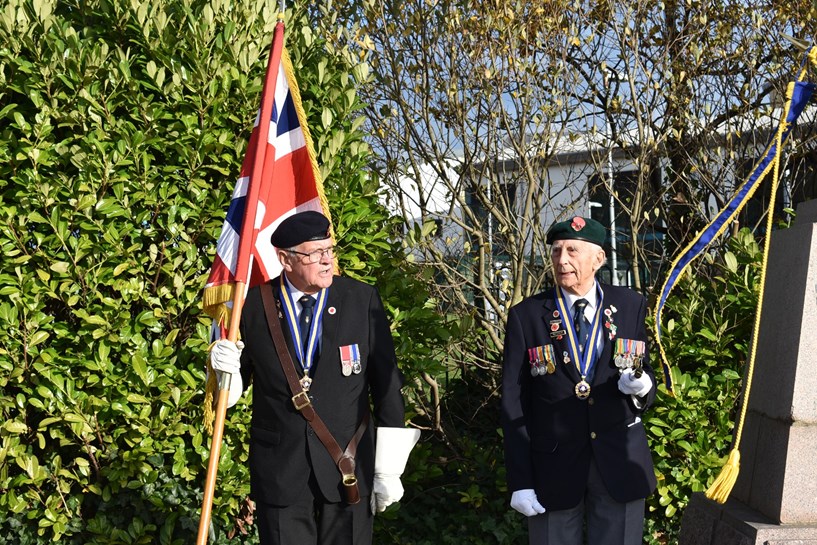 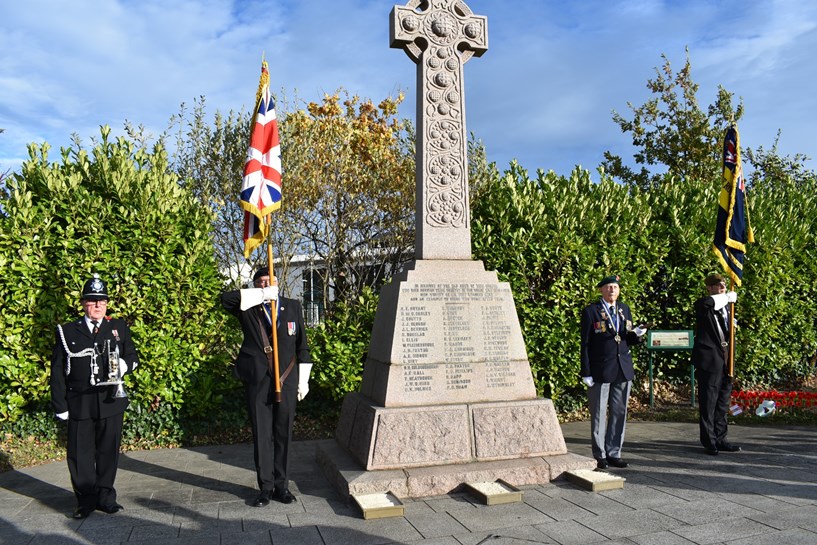 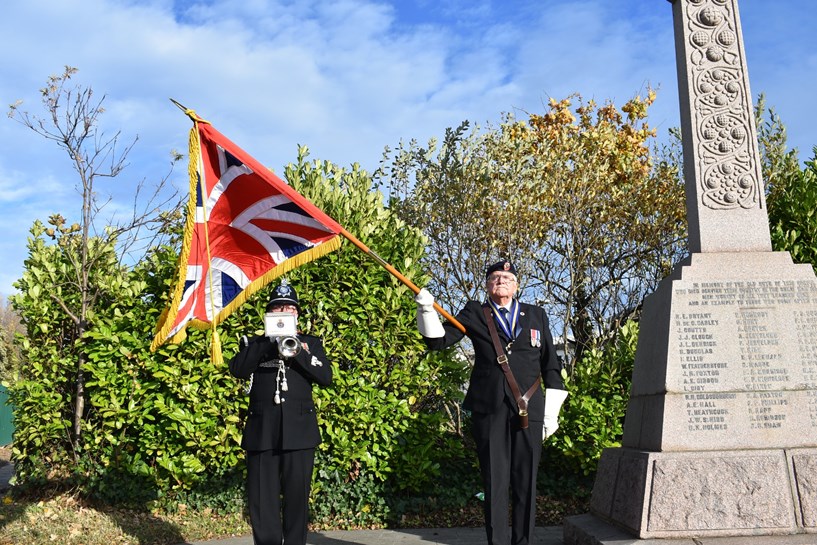 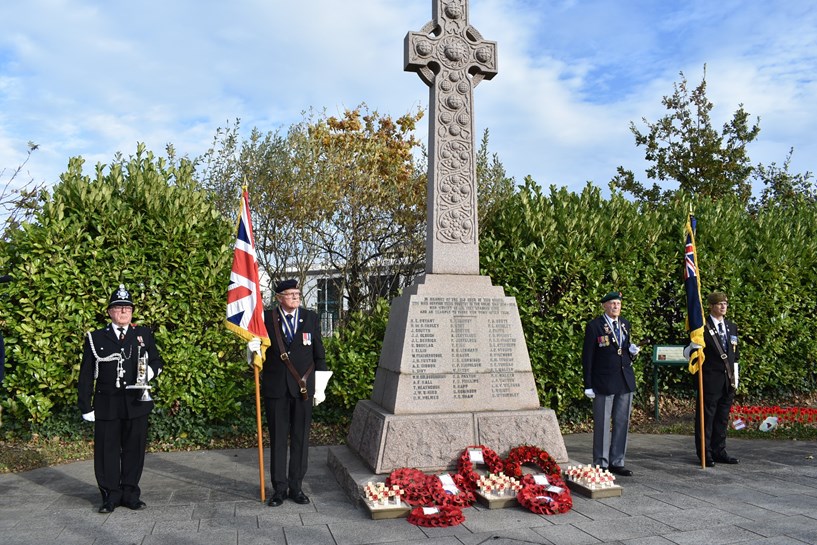